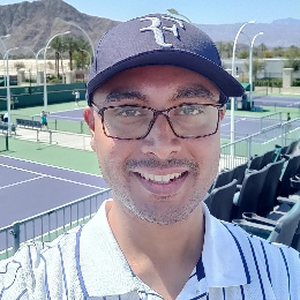 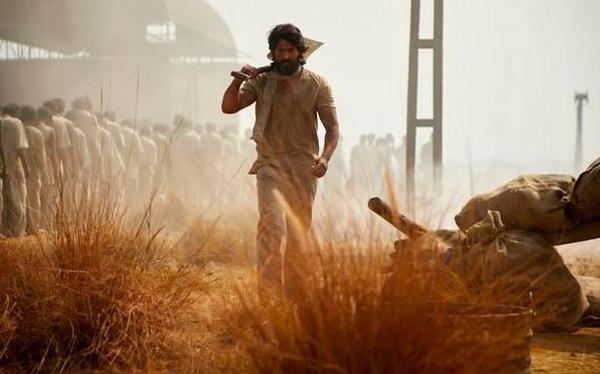 In M. Rajshekhar’s Despite the State, the author meets a man in Bihar who downloads music and films and sells them for ten bucks. He mentions the popular titles—Akhil: The Power of Jua, Heart Attack, Businessman 2, Shivam, Viraat, and The Return of Raju. They are all titles from South India. Businessman 2 is the Hindi dub of Pandaga Chesko and The Return of Raju’s original is Soggade Chinni Nayana. Rajshekhar goes on to write about the popularity of the dubbed version of Telugu and Tamil films s 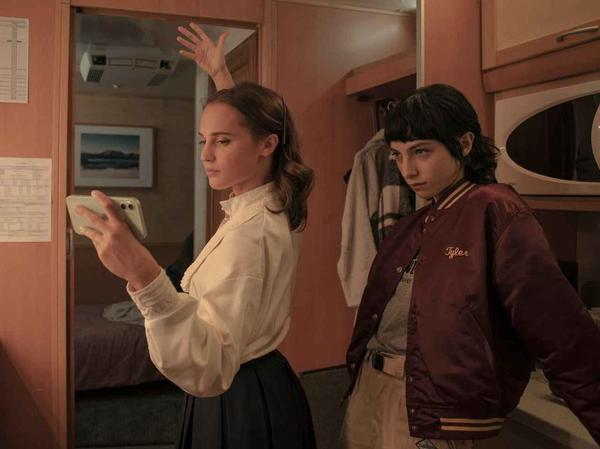 Inside labyrinth of Irma Vep: How to make a remake on making of another remake

In 'How The Picture Moves,' Aditya Shrikrishna offers a technical breakdown of recently released movies and shows. Olivier Assayas flips a pivotal moment in the TV series adaptation of his 1996 film Irma Vep. He flips great many things in the modern version, which is an updated exegesis on the state of art and business of filmmaking but this moment, as it does in the original, stands out. In the film, Maggie Cheung playing a version of herself, visits René Vidal, the increasingly volatile film 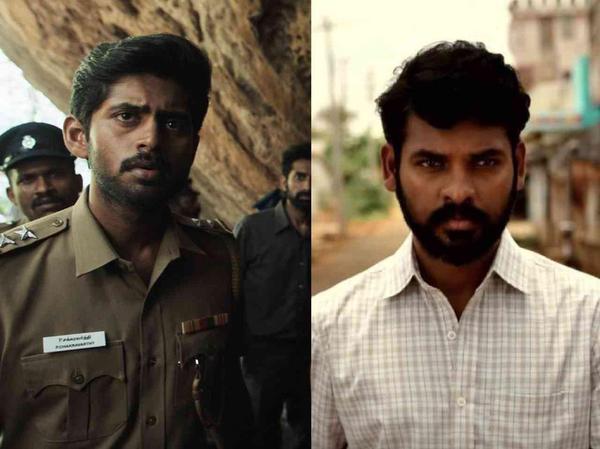 Suzhal: The Vortex and Vilangu — A tale of two Tamil small-town mysteries

In a span of four months, we got two Tamil web series that could be slotted under the genre of "small-town mystery". Vilangu, written and directed by Prasanth Pandiyaraj, released in February on ZEE5. Suzhal: The Vortex, created and written by Pushkar-Gayathri and directed by Bramma and Anucharan, released a few weeks ago on Amazon Prime Video India. The former is smaller in scale in terms of both story and budget. The opposite is true for Suzhal, especially with the pedigree of writers and dir 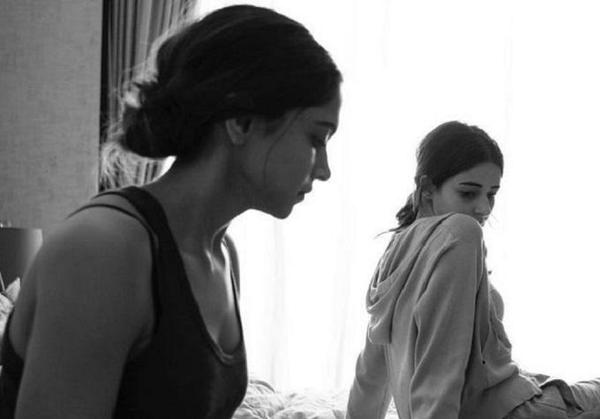 How Shakun Batra masterfully establishes mise-en-scène in his films

In Shakun Batra's Ek Main Aur Ekk Tu (2012), Rahul Kapoor (Imran Khan), a jobless architect in Las Vegas picks up after his newfound companion Riana Braganza (Kareena Kapoor). A beer bottle on the sidewalk, a candy she flings at him in mock anger followed by a coffee cup in the middle of the road. Rahul's parents brought him up under the compulsion of neatness and tidiness in all their varied meanings. He grew up to become exactly what his parents wanted him to be, learning to iron his socks and 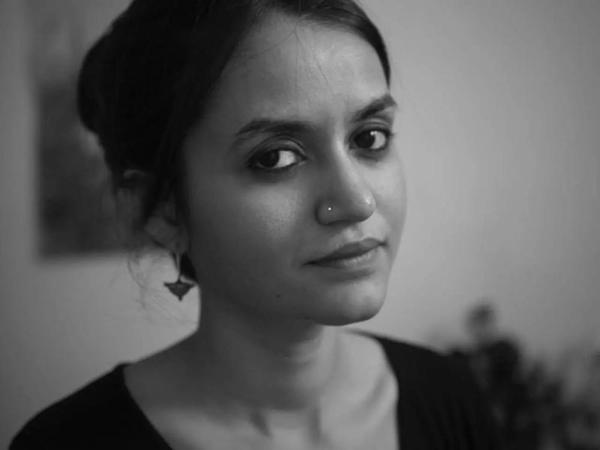 NYFF 2021: Why Payal Kapadia's A Night of Knowing Nothing is essential viewing

In Payal Kapadia's A Night of Knowing Nothing – winner of L'Oeil d'Or (Golden Eye) at Cannes, Amplify Voices award at Toronto International Film Festival and part of the Currents line-up at 59th New York Film Festival – a student union leader in the middle of a passionate night time speech to his friends and fellow students, talks about preserving the past but also safeguarding the future. The line can be obtuse in the best of contexts, but it is succinct in capturing the core of Kapadia's work. 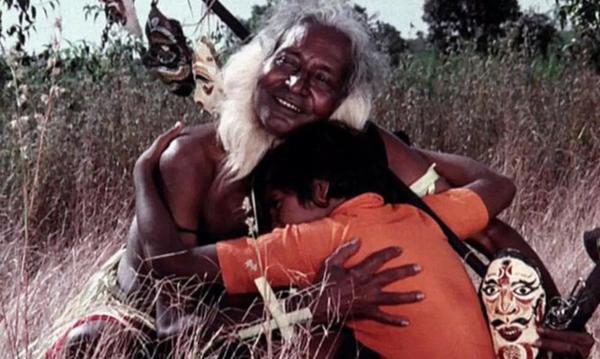 In Govindan Aravindan's cinema, bogeymen, mystery figures and a stray spectre of a saintly form are common. In Oridathu (1986), set in the late 1950s, a homeless man dissociated from the main plot functions as silent witness to everything that goes down in the village. Electricity has just arrived, and he listens to the news on All India Radio Kozhikode, seemingly the only one in the populace bemused by recent events. In Uttarayanam (1974), the disillusioned Ravi, jobless during the period chara 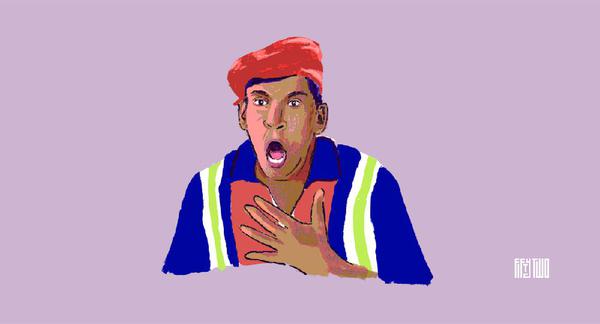 Let me tell you a kutty story, a sample of how the arts in Tamil merged into a seamless whole that is the Tamil cinema universe. The Siddhars were wandering mendicants, rebel ascetics who wrote poems of philosophy and dissent. Kaduveli Siddhar wrote Nandavanathil Or Aandi, a folk poem centred on the futility of life. It is about a man who waits ten months for a mud pot, and then manages to break it when he finally receives it. The song’s lyrics were adapted for comic effect by Pattukottai Kalyana 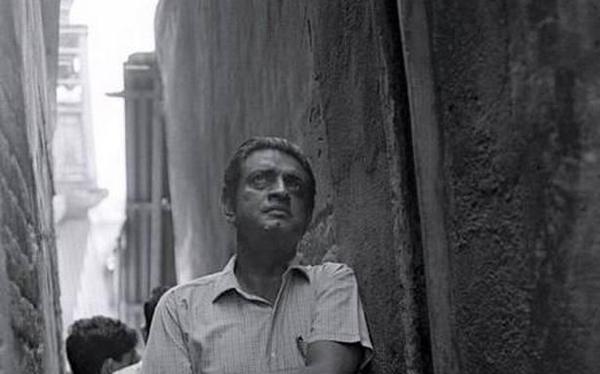 How would Satyajit Ray have responded to the pandemic?

There may be clues in his cinema, which reveals a politically and socially conscious, and often prescient, vision of Bengal, India and humanity The Spanish Flu ended in April 1920. Satyajit Ray, India’s most fêted filmmaker, was born a year later, on May 2, 1921. This year marks his birth centenary, as another pandemic ravages the world, its impact particularly harsh on India now more than anywhere else. A question that has arisen over the past year is how cinema will reflect this period. We ha 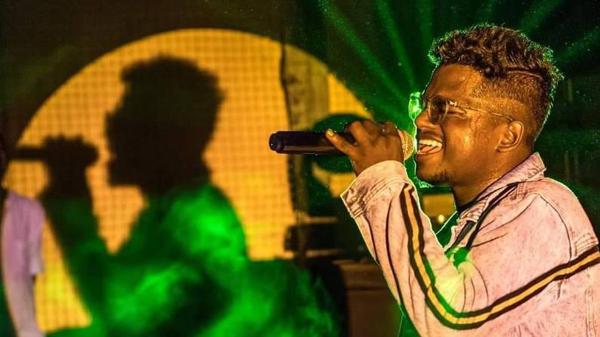 Songwriter-musician-activist Arivu is at the centre of both the songs that form the anchor for Rolling Stone India’s August 2021 cover story featuring singer Dhee and rapper-recording artist Shan Vincent de Paul. The two are on the cover with Arivu nowhere in sight. In 1972, Dr Hook & the Medicine Show released their song ‘The Cover of Rolling Stone‘, penned by Shel Silverstein. It parodies the pinnacle coveted by bands then, to appear on the cover of the Rolling Stone magazine and made a famou 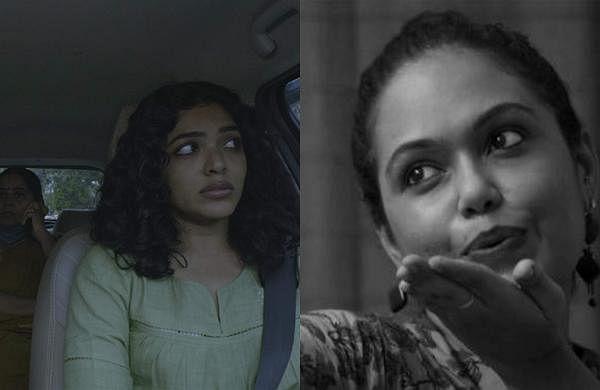 Don Palathara’s Santhoshathinte Onnam Rahasyam (Joyful Mystery) premiered at IFFK earlier this year and Everything is Cinema, premiered at IFFR and will release on MUBI on August 21. Both the films have little in common and yet share seemingly coincidental details. Both feature a couple at crossroads, one threatened by an immediate concern and another in its last legs. There is a glimmer of hope in Joyful Mystery, an 85-minute single shot off a dashboard camera. In Everything is Cinema, Chris (v 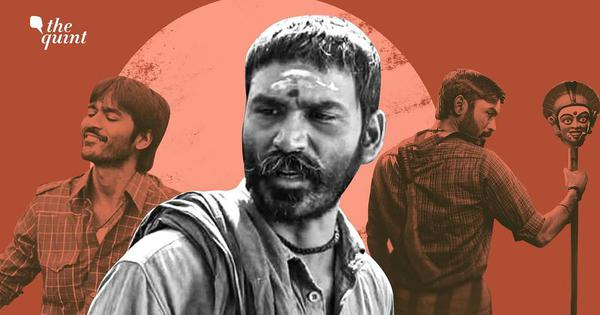 Dhanush: An Actor Poised to Become Indian Cinema's Next Polymath

A film critic, after the India premiere of Visaaranai, experienced the kind of disbelief that can be summoned by a truly original film and tweeted, “who is this director Vetrimaaran”. Everybody clamoured to point out that he is a National Award-winning filmmaker. Dhanush, Visaaranai’s co-producer, who won his first of two Best Actor National Award for the director’s Aadukalam in 2011, had lived through much worse – “pigeon-chested paavam who looks like a paanwala on probation” went one gem from 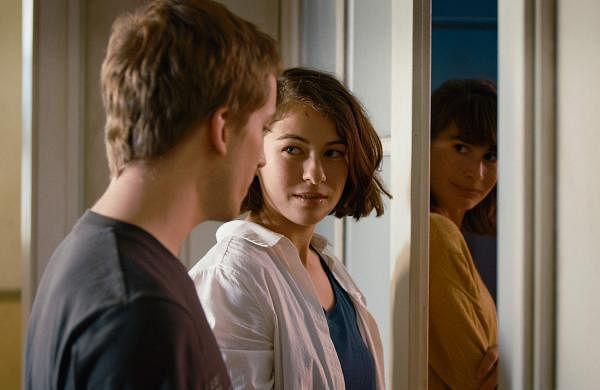 Berlinale 2021: The Girl and the Spider - A waltzing ensemble

A spider crawls on Lisa's (Liliane Amuat) back and Mara (Henriette Confurius) creates uninterrupted surface from Lisa's back, her shoulders, her clothes to Mara's hand. They exchange the spider hand to hand in smooth, lyrical motions and then transfer it back on the wall. It's the new Zürcher brothers' film, Das Mädchen und die Spinne or The Girl and the Spider, premiering at the 71st Berlin International Film Festival. And just like this smooth transition of movements and energies where there w 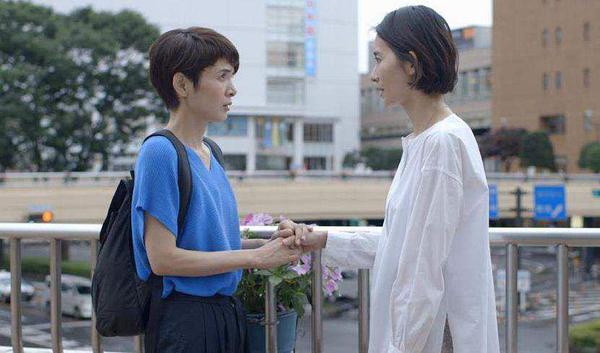 Berlinale 2021: Wheel of Fortune and Fantasy- An ear to the door

Ryusuke Hamaguchi's Wheel of Fortune and Fantasy (Guzen to sozo) won the Silver Bear Grand Jury Prize at the 71st Berlinale this year. Over the last year, we've seen an endless barrage of anthologies. Here, Hamaguchi comes up with a three-film anthology that packs magic and coincidence, age and innocence, fellowship and camaraderie to examine tiny nuggets of human behaviour with a canvas larger than what the film seemingly allows. At the centre of the three films are women, followed by conversat 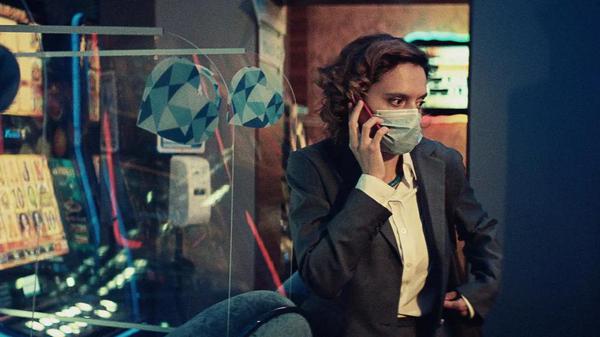 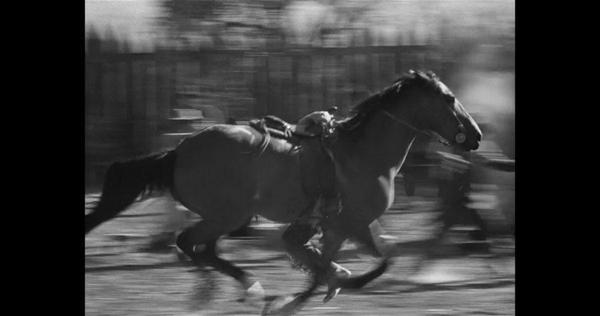 Nicolás Zukerfeld presents a mouthful at the 58th New York Film Festival, part of the Currents line-up – There Are Not Thirty-Six Ways of Showing a Man Getting on a Horse. Co-written and co-edited with Malena Solarz, the film is a staggering undefinable piece of work that’s part editing marvel and part celebratory and melancholic ode to shared film geekdom, the same recognisable madcap cinephilia. It presents fewer answers than questions it asks. The ceaseless first 30 minutes is a string of ima 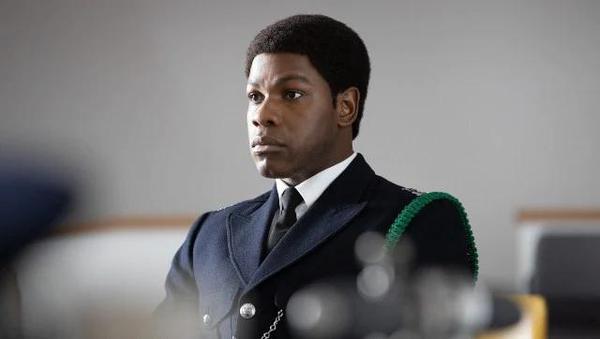 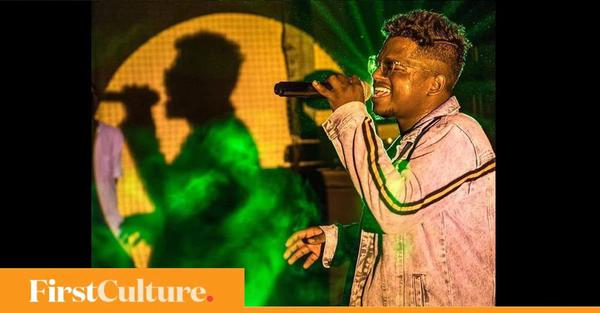 'How can you be an artiste and not reflect the times?' The inside story of Arivu's fight against oppression-India News ,

From ‘Sandai Seivom’ (Let's Fight, a protest song against the CAA) or 'Snowlin' (about the teenage girl shot dead during the Sterlite protest), Arivu's music — like his existence — is political. “How can you be an artiste and not reflect the times?” asks Nina Simone in the Netflix documentary What Happened, Miss Simone? The 2015 documentary was recommended to me by Arivu. We are on our way to Guindy in his car and he’s passionately talking about Simone. “I learned about her only recently,” he s 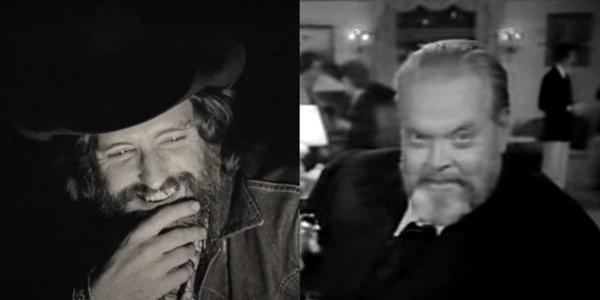 Dennis Hopper Duels With Orson Welles in This Fascinating Documentary

“I never had to clear my throat during the McCarthy era,” says a commanding voice. Dennis Hopper replies, “But you are a fascist!” The voice resumes, “No, I am not Hannaford now. I am talking as …(inaudible)”. The booming baritone is that of Orson Welles, in conversation with actor-filmmaker Dennis Hopper during the filming of The Other Side of the Wind, in November 1970. The film that was in the making for 48 years before its release in 2018. The new footage titled Hopper/Welles – which premie

“Everywhere has been touched now. History isn’t here yet; it is coming but we got here first.” So says the wise and well-travelled man from China – King Lu (Orion Lee) – while passing the Pacific Northwest along with “Cookie” Figowitz (John Magaro). They discover each other when Lu is running from the Russians and Cookie is foraging for a bunch of edacious fur trappers, chastising him for not finding enough food. In Kelly Reichardt’s First Cow, this part of history is not informed by its popular 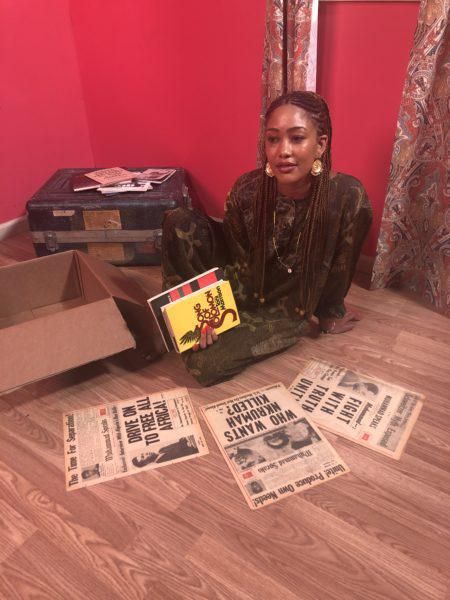 58th New York Film Festival: The Individual and the Collective in Ephraim Asili’s The Inheritance

In Godard’s La Chinoise (1967), there’s a brief appearance of Omar, a black character played by Omar Blondin Diop, modelled on Malcolm X. The film came at the height of the American Civil Rights movement and was ostensibly a chamber narrative of revolutionaries extrapolating Mao and Communism amidst the escalating situation in America, Vietnam and the world. Ephraim Asili’s new film, his feature debut and 58th New York Film Festival’s Currents line-up opener, The Inheritance, is set in Philadelp
Load More Articles
Close ✕